Campi
Hard to say. I have become an even better criminal then before I got this job. I have over the years torn apart various things locks and security devices to understand how they work and if it is man made it can be man broke. If I a law abiding citizen can pick up tons of new tricks and skills in prison what’s to say Johnny criminal element can’t as well. What really blows my mind is how simple it is to break into houses. Windows can be broken but why go to those extremes when you can use a metal spoon and only leave small pry marks that probably would go unnoticed... view full thread 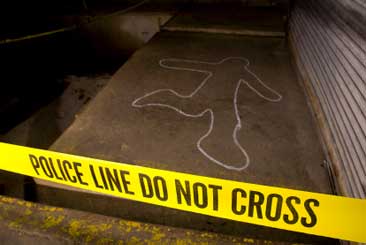 I keep writing articles that cause a brain freeze; it’s like eating a snow cone too quickly. Many of us thought that violent crime could increase based on incessant reports of violence rising in some cities. Violent crime increased in 2015 and 2016. Homicides increased considerably. Preliminary data from the FBI for the first six months of 2017, however, indicated a small decrease (0.8 percent) in violent crime. For all of 2017, the estimated number of violent crimes in the nation decreased 0.2 percent, essentially flat. A decrease going from 0.8 percent to a reduction of 0.2 percent suggested the possibility of a future upward trend... read full story

This is work performed to provide care and custody of adult prisoners and to maintain order and discipline among the prisoners of the Pierce County Corrections and Detention Center, a maximum-security facility. Employees in this classification are responsible for the operation of the jail on a 24-hour, 7-day-a-week basis, and the direct and indirect supervision of inmates... >> view full job posting

When you doubt, abstain.
- Ambrose Bierce