We continue with the positive impact corrections practitioners have on their community. From rebuilding hurricane ravaged playgrounds to supporting libraries, feeding the homeless and helping American soldiers in Iraq, the folks who make these things happen should be proud. Their stories have been inspiring and exemplary. Many thanks to those who contributed.
Jim
Editor, Corrections.com

Return of the Community heroes

By the Corrections Community

Serving above and beyond 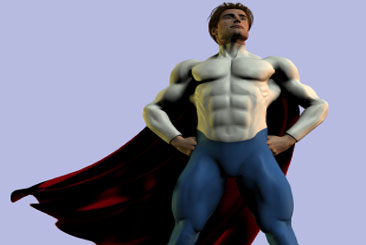 Editor's Note: When we asked for stories about the good corrections folks do, we received a variety of wonderful essays from states nationwide, including Nevada, Alabama, Oregon, South Carolina, Rhode Island, Florida, and many more. In the final part this week we continue these stories.

Deborah Rivers has been an Allendale Correctional Institution/South Carolina Department of Corrections employee since October, 2007, as an Administrative Specialist B in the Operations Area. She is involved with several different groups pertaining to our military including president of the Lowcountry Blue Star Moms Chapter 6, which is a division of the National Blue Star Mothers of America.

I enjoy your articles and share them with other COs. It's good to know there are others who deal with similar situations and I enjoy hearing their stories. Great work!!
BK

Let's hear what you have to say.

The corrections connection to gang investigators

After being appointed as the first detective in charge of investigating crimes committed within the Bergen County (NJ) Correctional System, I realized the importance of the task at hand. Full story

We wanted to know how those in the corrections field impact their community beyond the expected responsibility of keeping the population safe. Full story

Pacific Concepts, Americas leading supplier of soft storage items for the corrections industry, is pleased to announce that Specific Bag has become part of its operation. More

NaphCare, Inc. a Birmingham - based provider of correctional health care, was recently awarded a contract for the Hamilton County Corrections System in Cincinnati, Ohio. More

Bob Barker Company recently announced the appointment of Greta Roach to the role of marketing manager. Greta will be responsible for developing marketing strategies and executing the production of the company's extensive product catalog. More

Date: 1/28 - 1/29/08
CISM practitioners will obtain the tools they need to develop comprehensive programming for proactive, reactive and CISM maintenance for family services.More

Date: 2/6/08
Get insight into how the terrorists’ plan was formed, intelligence developed for the assault, defenses deployed, and how ultimately negotiations failed and why. More

"Character is like a tree and reputation like its shadow. The shadow is what we think of it; the tree is the real thing."
- Abraham Lincoln (1809 - 1865), sixteenth President of the United States