Irishsprig
At my prison it is common practice to call a family member of an inmate anytime they are admitted for anything. I feel this opens up a whole new can of worms because now you have family members showing up wanting to visit. Many times it has been ok’d by our major for an inmate to receive visits even though the inmate is not critical. What is to stop a friend, family member, or gang rival from bringing a gun there? Even a double lifer will have his family notified because he was admitted for something as simple as cellulitis. The danger that the officers and the public can face are not being taken seriously in my view... view full thread 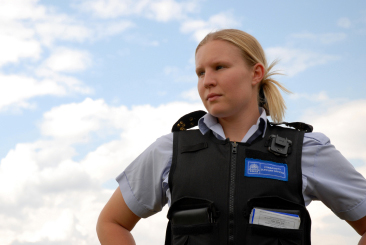 I appreciate the article “Inmate Sexual Harassment of Staff,” that appeared in the October issue of the Correctional Oasis. In one state correctional system, a staff member recently won a multi-million-dollar lawsuit for a claim that her correctional supervisors ignored her complaints of sexual harassment by inmates. Since the lawsuit was filed, the agency has made numerous changes that have resulted in a dramatic reduction of inmate sexual harassment of staff. Some of the measures taken that may have influenced this reduction include: changes to staff training, changes in personnel management, better PREA compliance, removal of sexually explicit media from the prisons, shuttering a poorly managed prison, placing more women in top leadership positions, reduction in the use of solitary confinement, and change in philosophy of inmate management (more collaborative, positive, directly involved with inmates vs. punitive/hands-off)... read full story

In three words I can sum up everything I've learned about life: it goes on.
- Robert Frost