Our final piece relating to this month's legal focus deals with a lawsuit that we're pretty sure the New York State DOC didn't see coming. An officer filed suit for an offensive manual geared specifically toward female employees. That might not have been the NYDOC's intention, but when today's women are told how to act according to guidelines that seem to come from the 1950s, there's bound to be some controversy.
Jim 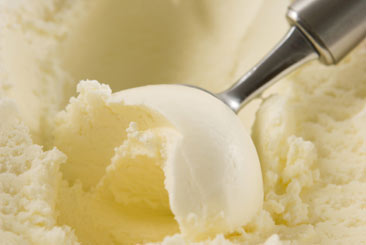 Usually, when we give advice, we think we’re being supportive, but despite the good intentions we can end up offending the one we’re trying to help. It would make matters worse if your words of wisdom prompted a million dollar lawsuit, which is exactly what’s happening to corrections officials in New York.

The New York State Department of Correctional Services is in hot water over a handbook it recently had to stop distributing to female officers graduating from the department’s academy. The 19-page booklet was written by officials in the 1980s to help women anticipate the challenges they would face in their new jobs. This seemed harmless enough, except for one problem: the booklet hadn’t been updated in a long time. A very long time. Full Story

I thought this article was very informative. I married a man one-and-a-half years after he was released from prison, and it was like walking on hot coals. He was everything you described in your article. He went into the system at twenty-three, however he didn't have the maturity of a man his age, and he didn't have parental upbringing.

Three-and-one-half years later I divorced him for extreme mental cruelty. These individuals need counseling during their stay and after for several years, along with a tremendous amount of support from their communities.
AM

You have just been involved in a stressful and violent situation. Your body has just had a major surge of adrenaline along with other chemicals that will be coursing through your system for hours. Full story

Back on the right track

When the glory of their racing days are over, not every thoroughbred gets to retire to greener pastures. Some horses are neglected and abused, making them frightened, aggressive, and untrusting animals. Full story

Supervising the cyber-offender: Are you ready?

Computers are a legitimate tool for offenders trying to become productive members of society. Full story

Bob Barker Company recently announced the appointment of Greta Roach to the role of marketing manager. Greta will be responsible for developing marketing strategies and executing the production of the company’s extensive product catalog. More

Date: 12/4 - 12/5/07
This program has been designed to provide participants with the latest info on critical incident stress management techniques and post-trauma syndromes. More

Date: 12/10/07
This course addresses the dynamics of a public safety career. We enter as idealistic and committed employees and along the way have to find ways to avoid becoming cynical, angry and self destructive. More