In today’s world, terrorist acts have become a daily news item. Undoubtedly, terrorist cells and their violence against a people, religion or idea have been around for centuries, but their growth can be relatively unnoticed until the killing occurs on a massive scale.

If these groups can be caught in their infancy, can the type of violence we see today be quelled enough to discourage others from continuing these senseless rampages? It’s an underlying question that this week’s article, a transcript and podcast of Corrections.com’s interview with counterterrorism expert Bill Sturgeon, tries to address. While the threat of terrorism in corrections might be small, and perhaps fairly unnoticeable, it still warrants attention. Security measures should be taken to prevent facilities from becoming training grounds for a swelling group of hate mongers determined to make their point regardless of innocent lives lost.
Jim

EXTENDED CONTEST DEADLINE! - Corrections heroes still have time to step into the spotlight!
Are you a hero? Know someone who is? Then share your stories, photos, and videos of those surprising, inspiring and awesome heroic moments and win a Nintendo Wii! The deadline has been extended to November 15, so tell us now! 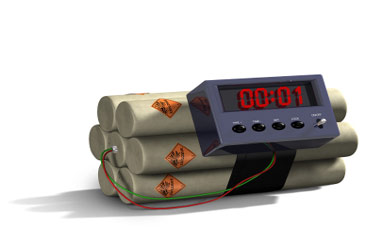 Corrections.com spoke with emergency preparedness and counterterrorism planning expert, Bill Sturgeon, about the growing risk of terrorism in our jails and prisons. Sturgeon has more than 35 years of experience in the criminal justice field, and has managed security operations for sheriffs’ offices and correctional agencies across the United States.

He is currently working on a book, due out in early 2008, that discusses how terrorism presents a much greater threat to the corrections world than we might think. Listen to our podcast with Sturgeon or read the transcript of our conversation.

Having worked in mental health and human services over 19 years in the Ohio prison system, I am disgusted by the articles about "mental illness" in prisons. Society allows more and more people to aviod responsibility for their behaviors, and the mental health field has prostituted itself for political correctness.

Most of the so-call "mental ill prisoners with serious disorders" are long term criminals with chemical dependency and very, very antisocial attitudes. They are part of a growing sub-culture that has become a cancer to traditional American values. Several estimates have been made over the years (by people who know from experience, not academics or advocacy groups) about the percentages of inmates on mental health caseloads who were actually in need of psychiatric services. From experienced line staff ( and supported by studies of malingering by Glenn Walters, Stanton,and Phillip Resnick), the numbers are not 20 to 60% but probably closer to 5%.

Many criminals like any kind of drug in their system. Most want some type of SSI benefits and many want to avoid other responsibilities (court fees,child support,providing their own housing,etc.) by virtue of some naive psychologist or psychiatrist providing a psychiatric diagnosis. Provide some articles from the other side (staff,the taxpayers,victims,and others tired of the games) at least once in a while. Those of us who have been harassed in the trenches would appreciate some realistic articles and programs.
Michael Hoover, Ohio

I hope that all who have read this article please take it to heart and see what they can do to aid in the recovery process of people who have offended and have paid their debt to society. We all know that the first few weeks out of prison is the make or break for the individual, and feelings of being rejected either from family or employee can be devastating. Mr. Harris has devoted his life to teaching and corrections and is a keen observer of human behaviour. Well done Mr Harris.
Hartley Holder

A taste of the Kiwi spirit

There are many things Americans might not know about New Zealand, like the fact that it was the last landmass on the planet to be discovered, or that it was first country in the world to grant women the right to vote, or even that the country’s inhabitants proudly refer to themselves as Kiwis, after the flightless bird with hair-like feathers native only to New Zealand. As rare as this knowledge may be in the United States, it’s probably rarer still to find an American with an understanding of how the New Zealand corrections system operates. Full story

Simple place for a simple man

The nondescript setting that is Point Lookout Cemetery seems fitting for those who rest here. Austere columns support a wired arch above its entrance that holds the word “cemetery” in large white letters. They match the stark, cross-shaped grave markers, which tell nothing of those buried beneath them. Perhaps there is no story to be told for the dead here, but for Louisiana State Penitentiary inmates this facility's cemetery still serves as a symbol of dignity. Full story

Date: 12/4 - 12/5/07
This program has been designed to provide participants with the latest info on critical incident stress management techniques and post-trauma syndromes. More

Date: 12/10/07
This course addresses the dynamics of a public safety career. We enter as idealistic and committed employees and along the way have to find ways to avoid becoming cynical, angry and self destructive. More

"A casual stroll through the lunatic asylum shows that faith does not prove anything."
- Friedrich Nietzsche (1844 – 1900), Nineteenth-century German philosopher.