We conclude this month's health focus with some startling facts, thought provoking ideas, and serious questions from contributor Brian Dawe about the mentally ill in our prisons. According to the co-founder of the American Correctional Officer Intelligence Network, deinstitutionalization of the 70s and 80s has done little but burden a field not well equipped to handle the mentally ill. In addition it has increased an already swelling prison population and left this group without the proper care they must have. This alone should be reason enough to put the mentally ill in only those facilities designed to address their needs.
Jim

NEW CONTEST - Step into the spotlight corrections heroes - HURRY! Contest ends 10/31!
Are you a hero? Know someone who is? Then share your stories, photos, and videos of those surprising, inspiring and awesome heroic moments and win a Nintendo Wii! The deadline is 10/31, so tell us now!

Managing the "other" inmate

What to do with mentally ill offenders 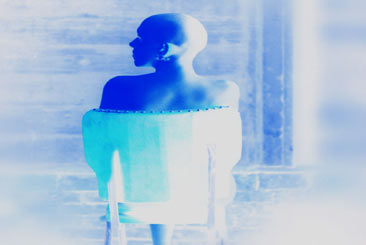 The American Psychiatric Association reports that up to 20 percent of the inmates currently incarcerated in our prisons and jails are seriously mentally ill. That equates to more than 300,000 inmates and represents a rate of mental illness that is four times higher than that of the general population.

Congressman Ted Strictland (D-Ohio), a member of the House Committee on Crime, reports that between 25 and 40 percent of all mentally ill Americans will become involved in the criminal justice system during their lives. A 1999 report by the National Alliance for the Mentally Ill found that the number of seriously mentally ill individuals incarcerated was three times higher then those being hospitalized for the same illnesses. Read the full story

Regarding The Way Back Home: The transition factor, 10/15/07

Transitioning - or re-entry into society as an equal to all others - is an admirable concept. However, the stigma of a criminal record, and in particular, incarceration is one that is not easy to leave behind, even for the offender. If society could be so forgiving, the offender may not be for his or her self.

What may be needed to effect the aims of "rebuilding control, understanding and purpose" is to address what causes these to be lost in the first place - i.e., our customary 'solution' of incarceration. Granted, incarceration is needed for certain types of violent offenders. However, there are other ways we can punish certain types of offenders without the need for incarceration - and the seminal loss of control, understanding and purpose - with long days of meaningless time.

Perhaps we can look to constructive deterrents like radical seizure of assets, long-term reparations for damages, or similar ways to ensure that the debt to society and the victim are repaid in tangible ways. This still leaves an aspect of control, understanding of impact, and a sense or redemption (i.e., purpose) with the offender.

For the violent offenders, our approach has to be different. A way to more intelligently segregate the incarcerated populace according to offense and behavior is something that we must explore, I feel. In this way one bad apple won't corrupt the whole bunch as quickly. And as Mr. Harris says, non-traditional programs and resources to effect prisoner re-entry planning need to be more systemic - but take shape the day the prisoner is assigned his cell.
Posted by a reader on the Corrections.com Comment Board

The basketball court in the hot, stuffy gymnasium at Donaldson Correctional in Bessemer, Alabama is probably the last place you’d ever expect to stumble across a monastery. But when the sign outside the gym door says “Meditation in progress,” that’s exactly what you’ll find. More

A mission of hope

Most women know that once they turn 40 they need to get yearly mammograms, but not many are aware that after age 20 they’re supposed to conduct a breast self-exam every month. If you take a population of incarcerated women, the number who knows this drops dramatically. That’s where Alabama’s Lucille Latham comes in. More