If you've done it enough, inmate transport becomes pretty routine, right? Unfortunately, that kind of attitude can get someone hurt or, worse yet, killed. Despite standard operating procedure, every inmate transport should be treated with enormous caution.

According to Gene Nardi, a 17-year veteran of the Broward County Sheriff’s Office, medical transport can be even more volatile because of various factors involved, from convincing doctors to move appointments to clearing the medical area of everyday citizens. In this regard, there can never be enough review of basic procedure, which is why Nardi lends his experience on handling medical transport for this month's Corrections Connection health focus.
Jim

Are you a hero? Know someone who is? Then share your stories, photos, and videos of those surprising, inspiring and awesome heroic moments and win a Nintendo Wii! The deadline is 10/31, so tell us now!

Diligent medical security to save lives 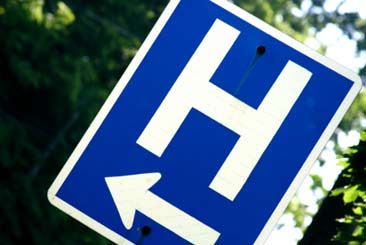 When we read about a corrections officer gunned down while supervising an inmate who is receiving medical treatment, we try to analyze how that could have happened. Where is the breach of security when an inmate is taken to a hospital for medical treatment? What series of events occur before the officer is in the fight of their life?

The first thing to remember is when an inmate is taken outside of a secure facility; it is the weakest point of custody. Secondly, most hospital personnel consider anyone being admitted as a patient. While that may be the case, if the person is in law enforcement’s custody, they are still considered an inmate, and security should not be compromised. I have experienced different perceptions with medical staff when supervising an inmate admitted into a hospital.

The most important thing is preparation. It is the department’s responsibility to provide sound policies and procedures, along with specialized training, to prepare your staff that will be responsible for taking on these potentially life threatening tasks. More

Regarding Leadership for the 21st century, A human approach

I have thoroughly enjoyed reading Jason Heaton and Gene Atherton's 3-part series on leadership in the corrections environment. As an adjunct professor at Carnegie Mellon University teaching Executive Leadership to physician executives, I know well the challenges of trying to synthesize large amounts of leadership theory and then summarize it into meaningful packets of information for an article or lecture. Heaton and Atherton have done a nice job doing just that.

Their series should be required reading for all leaders in the correctional environment, including health care unit leaders, (Site Medical Directors, Health Service Administrators and Directors of Nursing). Key concepts of leadership such as setting vision, ensuring meaningful accountability and establishing performance expectations so as to get the highest output of the teams we lead is essential in the corrections environment.

We must strive to become the best leaders we can be. I teach my students that leadership education is a never-ending process. We learn through formal study, mentoring and being mentored, as well as through the crucible of our experiences, both good and bad, successes and failures.

Much like Louisiana, Florida serves as a pretty big bull’s-eye during hurricane season. The Sunshine State has 54 major correctional institutions and five private prisons that could potentially fall in the path of a major storm. More

We have all heard the stories about off-duty officers becoming involved in shootings. This will be more prevalent as our population increases. It doesn't matter if your jail houses 2 or 20,000. More

The Way Back Home: The transition factor

I have been in and out of prisons for more than 15 years of my adult life. From minimum institutions, to super-max institutions. Yes, I have done them all, from being face-to-face with shoplifters to murderers. Yet, I’ve never had to worry about “transitioning” into the community, until one of those fateful days, when a prominent member of the community saw me leaving a “halfway house” and refused to acknowledge my presence. More

"There is nothing like returning to a place that remains unchanged to find the ways in which you yourself have altered."
- Nelson Mandela, S. African black civil rights leader