Do you know someone who is an effective manager or director? If so, what qualities do they have that make them so successful? Gene Atherton and Jason Heaton explored this topic and found several similar characteristics in today's leaders. In this three-part series, they've detailed what it takes to be a successful leader. In their conclusion, they provide more must-have qualities along with some final thoughts on effective leadership.
Jim

Are you a hero? Know someone who is? Then share your stories, photos, and videos of those surprising, inspiring and awesome heroic moments and win a Nintendo Wii! The deadline is 10/31, so tell us now!

A human approach to leadership

By Jason Heaton and Gene Atherton

Effective leadership for the 21st Century 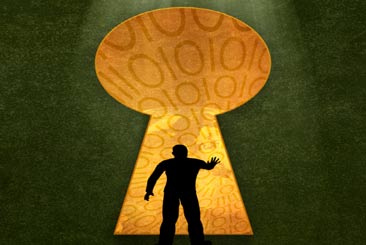 It is our opinion that all successful organizations have high performing staff who are guided by a clearly defined, commonly held purpose. The purpose and all other informal rules are expressed in words. “Words, language, and metaphors are more than mere descriptions of reality. They are words that create worlds.”

The providing opportunity for the correctional organizations to fully participate in understanding and expressing their purpose is a requirement of every successful correctional leader. “In this chaotic world, we need leaders. But we don’t need bosses. We need leaders to help us develop the clear identity that lights the dark moments of confusion.

We need leaders to support us as we learn to live by our values. We need leaders to understand that we are best controlled by concepts that invite our participation, not policies and procedures that curtail our contribution.” More

Reading about the senior staff giving new recruits the "encouragement" that they wouldn't last long in the business, reminded me of an incident from my own past. Many years ago, I was an officer in a metro county jail. A disgruntled ex-staff had become an officer with a local municipal jurisdiction, and was quoted in a newspaper article speaking disparagingly about his previous employment, saying "a monkey could do that job."

This caused a bit of a stir in the county jail administration, and subsequently a memo came out reminding us that we had reason to be proud of our work because "a monkey could definitely not do your job."

As I have worked in the field, I have repeatedly seen the principle that one who aspires to leadership must be the servant of all. I think it is helpful for leaders to consider themselves a support person to the front-line workers, making sure those workers have the training, equipment, information, direction, and resources to do their jobs.

Leaders take initiative to anticipate potential problems and prepare for them. They set an example and also the pace. Most often, the staff are well aware of what needs to be done and how it needs to be done, they just need a leader to support and enable them, and not get in their way. It's very true what Ronald Reagan once said: "There is no limit to what you can accomplish if you don't care who gets the credit."

A leader also has the lonely task of being responsible for the outcome of the work. For those down in the ranks, problems can be "other people's problems." But a leader is obligated to face it all and deal with it. Being a leader is not rocket science, but it is certainly challenging. And a monkey definitely could not do it.
David Bornus, Management Analyst, MN Dept. of Corrections

If you’re in Louisiana this month, grab your lasso, stirrups, and canteen, because at the state’s penitentiary, October means one thing: it’s time to cowboy-up. More

Crawling into the bottle

Most of us in corrections know someone who is a “hopeless alcoholic.” Sadly, rarely do we do anything about it to try to help these officers. More

The Infectious Diseases in Corrections Report delves once again into the stormy waters of how, why and when to treat inmates plagued with hepatitis C virus infection. More