This week, our nation remembers 9/11. While many of us continue to struggle with the fallout from that somber day, we should not forget the many lessons that can be learned as well - ones of survival, strength, determination, and the power that a nation filled with many people can have when it comes together as one. As we reflect on those chilling moments and the heroics of those involved, we bring back an article by regular columnist Joe Bouchard about lessons learned with hopes that they will never be forgotten.
Jim

Gleaning past lessons for today 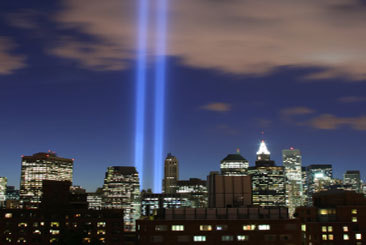 Editor’s Note: This article was previously published on Corrections.com in 2005. Due to its timeliness, the piece has been re-published, but it has been re-named and author Joe Bouchard has added a new introduction.

The events of 9/11 teach us that vigilance is key and complacency fatal. On September 20, 2005, Corrections.com printed this piece as "Corrections staff are natural anti-terrorist agents." Two years later, on the sixth anniversary of that life-changing day, this is still relevant. In fact, as time recedes from the event, the lessons are even more relevant. We in corrections are always watchful.

The events of September 11, 2001 forced all Americans to think about what was previously inconceivable in the minds of most. Mainland America was attacked by foreign agents. In a way, our nation lost its comfortable innocence and geographical insulation on one Tuesday morning six years ago. However, unlike the majority of Americans, corrections staff were a bit more prepared to understand this. And that is due to our training and on-the-job experience.

Regarding Crossing the Line, 8/26/07
This is a serious issue, espeially in the facility that I work as a civilian manager. At the start of this year, the first baby to be born in our area was to a female CO and a recently released inmate. The CO is still employeed. We have incidents of civilian workers as well getting involved with inmates.

There are numerous allegations of COs having sexual relationships and/or children with inmates in our facility. No action was taken or the worker has resigned.
SL

Dr. Rafael Campo, clinical medicine professor in the infectious diseases division of University of Miami’s school of medicine, writes about this year’s International AIDS Society (IAS) Conference in the latest of edition of the Infectious Diseases in Corrections Report. More

These days, if you want to promote yourself or your organization, you need more than a website; a well-designed, eye-catching, and fun-to-use website is a must. Capitalizing on the growing need for graphic designers, the Interactive Graphic Media and Web Design program at Ohio’s London Correctional Facility teaches inmates basic Web design skills and helps them get a foot in the door to a booming and agile industry. More

Maine is making a bold move. The state’s governor recently proposed bringing the county jails into a single statewide corrections system. Even though the plan only exists on paper, it has already ignited a fiery debate amongst law enforcement professionals across the state. More

Advanced Technologies Group, Inc. has implemented an extremely secure, highly scalable inmate messaging solution that enables inmates and their families to communicate with each other directly. More

In Depth Gang Awareness and Investigations

Date: 9/19
This course covers not only the basics of gang identification but will look in depth at the history of certain gangs, identifying characteristics and what the common gang symbols mean.More

Date: 9/19 - 9/21/07
Conference topics will include Excited Delirium, Infection Control, Fetal Alcohol Syndrome, and several others of interest to those in the correctional health fields. More

"The Chinese use two brush strokes to write the word 'crisis.' One brush stroke stands for danger; the other for opportunity. In a crisis, be aware of the danger - but recognize the opportunity."
- John F. Kennedy, Speech in Indianapolis, April 12, 1959