S. Anne Walker may not think what she's accomplished is a big deal, but the subject of this week's profile has been credited with clearing the way for women wanting to work in corrections. Despite rejection early in her career she persevered to make it in a dangerous field once reserved for men. Now with more than 35 years of experience she not only directs a leading and unique corrections agency in her state, she also has become an inspiration for young women everywhere.
Jim, Corrections.com editor 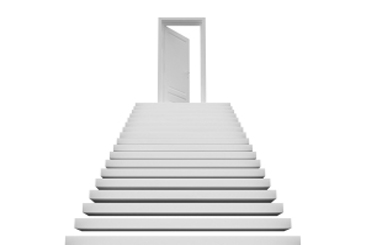 Admiring colleagues have called her a trailblazer and gutsy. Armed with a unique balance of southern warmth and tell-it-like-it-is toughness, Anne Walker is the born-and-raised South Carolinian credited with opening several doors for women in the community corrections field. Even so, don’t try telling her she’s a pioneer.

“You don’t do something thinking, ‘I’m going to be different from everyone else,’” Walker maintains. “You just do it because you want to do it. If I’m a pioneer, it’s not something I planned. You don’t plan on being one; it’s just because of the times.”

The times were the 1970s, a decade of great cultural change, including the era of the feminist movement and Equal Rights Amendment. Women held very few positions in corrections, especially in male facilities. The only way a woman found herself in a men’s prison was because of her job, as a secretary or nurse, or because she was related to or married to an inmate. The other way might have been similar to Walker’s experience, as a visiting student during her junior year of college. Read this week's full story.

Stay current on all Corrections.com articles.

Get the latest corrections headlines.

I think this is a great site. I wish there were more like this one. I think everyone needs all the help we can get when dealing with offenders.

I work in West Virginia, where our motto is "A kinder gentler corrections." Boy, do they mean it too. We do not have a lot of violence.

I appreciate all that you're doing to help people. Keep up the good work.
Angela, WV

Regarding Understanding, anticipating and controlling fear, 6/30/08

In reference to the line, " It should offer support to anyone requiring professional counseling without attaching any stigma or reprisal." Apparently, attaching the thought of both ["stigma" and "reprisal"] within this article was important. The sentence could have been written, however, with a positive focus.
Harold Maio
Advisory Board, American Journal of Psychiatric Rehabilitation

See what other readers are talking about.

Often, the idea of sharing authority really means that the chief of security must negotiate to achieve cooperative behavior from each of the department heads across the institution. Full story

The 50 or so fidgety, flip-flop-wearing, high school students sitting in the prison visiting room were asked to be honest if they could. Full story

They look to you

After completing basic training, new correctional employees are pumped, and all excited about getting started on the job. Full story

Date: 8/24 - 28/08
If you’re new to the correctional food service industry, or a seasoned pro, you’re sure to come away with new tools and a greater understanding of your current working environment. More information.